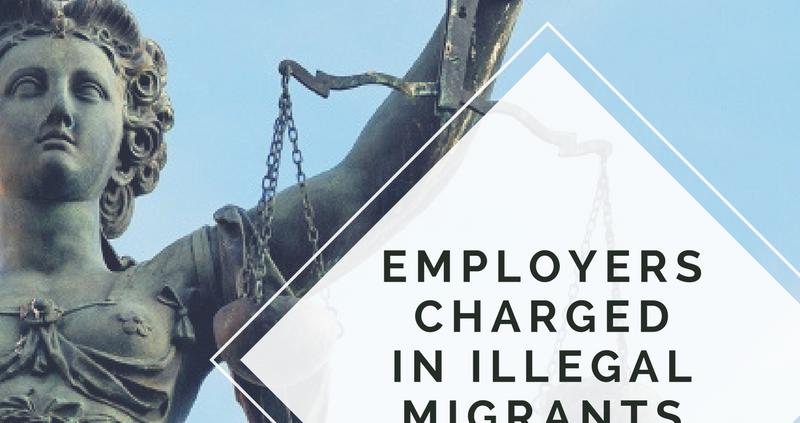 Business managers who illegally employ foreign migrants without authorisation to live and work in SA are being targeted for prosecution under the Immigration Act, Home Affairs Minister Malusi Gigaba said on Sunday.

The crackdown by national joint operations has already seen seven employers charged for employing undocumented migrants and 147 undocumented migrants being arrested following inspections of 56 businesses including hotels, retail shops, garages and panelbeaters in Tshwane and Johannesburg. One business employed 46 undocumented migrants, a blatant violation of the law, Gigaba said at a media briefing of the justice, crime prevention and security cluster of ministers.

If convicted, the managers could be fined or be imprisoned for two years. None have been convicted so far with the seven employers charged recently being the first.

Gigaba said he would be engaging with the construction industry, business associations, agricultural unions and trade unions to get their cooperation in the campaign against illegal employment that had been launched under the Immigration Act and new visa regulations, which were promulgated in 2014.

Illegal employment had negative implications for unemployed South Africans who were deprived of jobs and for the illegal migrants who were non-unionised and vulnerable to exploitation and instant dismissal.

In 2016, 3,339 illegal migrants were repatriated at great cost to the state. A more sustainable approach to migration through collaboration with neighbouring countries was necessary, Gigaba said.

Most of the foreign-owned shops inspected employed only foreign nationals in possession of asylum-seeker permits.

Defence Minister Nosiviwe Mapisa-Nqakula said the Department of Defence had deployed 15 companies along the border, less than the planned 22 companies because of budget constraints.

Questioned over Treasury concerns about the border management authority, Gigaba said these had been addressed in the bill that is in the process of being finalised by Parliament’s portfolio committee on home affairs. There was no need for further compromise, he insisted.

The Treasury is concerned that the transfer of control over customs and excise from the South African Revenue Service (SARS) to the new agency will result in lower tax revenue at a time when it was sorely needed by the government.

“The concerns that have been raised have been completely addressed and attended to,” Gigaba insisted. A memorandum of understanding would be signed with the Treasury and SARS to ensure that SARS representatives are present at ports of entry to ensure full compliance with the law regarding the collection of the outstanding 10%.