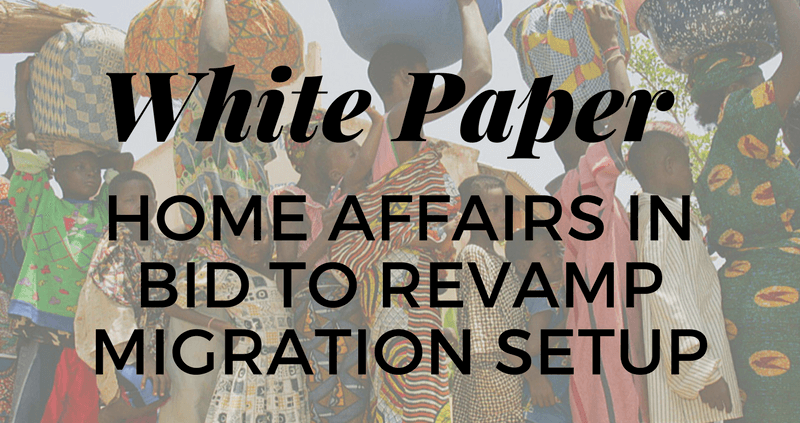 The department believes the cost of the revamp will be money well spent.

The department is due to present a white paper on international migration to the Cabinet this week. Among the proposals are delinking residency and citizenship and the introduction of long-term visas based on a points and skills system.

The department also wants the removal of the automatic right of asylum applicants to work or study in SA. The department will push ahead with plans to establish border-processing centres for asylum seekers.

The department maintains 95% of asylum applicants are economic migrants.

Home Affairs Minister Malusi Gigaba revealed the plans at a conference on international migration in Sandton on Friday.

The department expects the white paper to lead to legislative changes by 2018, replacing the current 1999 policy document, which is seen as “outdated”.

Proposals include new long-term visas and quota systems for unskilled labour to tackle a problem of economic migrants presenting themselves as asylum seekers.

In the white paper, which has not quantified fiscal costs, the department proposes increasing staff to bolster manpower at processing centres.

There is, however, a freeze on hiring in the government.

The department is also pushing for the establishment of a border management agency.

Gigaba told Business Day on the sidelines of the conference that the department had prioritised getting Cabinet to endorse the white paper.

“I look forward to debating the merits of the bill in Parliament on May 4,” said Gigaba.

Research chair for African diplomacy and foreign policy at the University of Johannesburg Chris Landsberg said the white paper had seemingly struck a balance between state obligations to provide internal and external security, prioritise citizens’ welfare and honour regional and international agreements.

Achille Mbembe, a professor at the University of Witwatersrand’s Institute for Social and Economic Research, said the white paper’s path to citizenship did not appear to be sufficiently flexible.

As published by Business Live