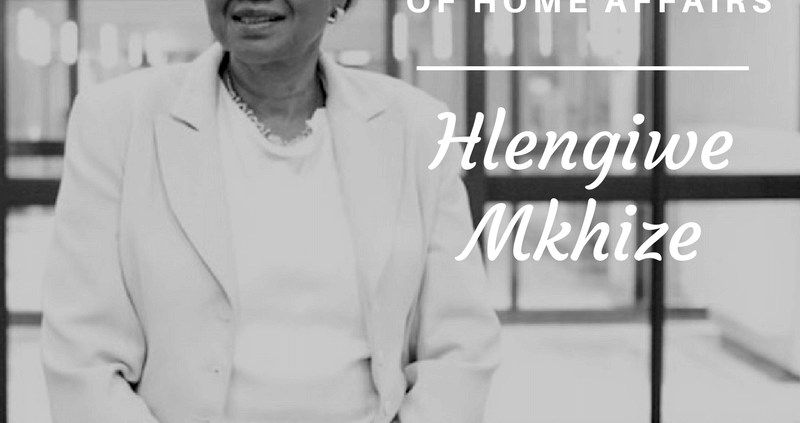 There has been announced that (ex-) Minister of the Department of Home Affairs, Malusi Gigaba has now been replaced with ex-Deputy Minister of Telecommunications and Postal Services, Hlengiwe Mkhize during the Cabinet reshuffle on Thursday, 30 March 2017.

Minister Malusi Gigaba will now be taking over the role of Mr Pravin Gordhan as the new Finance Minister.