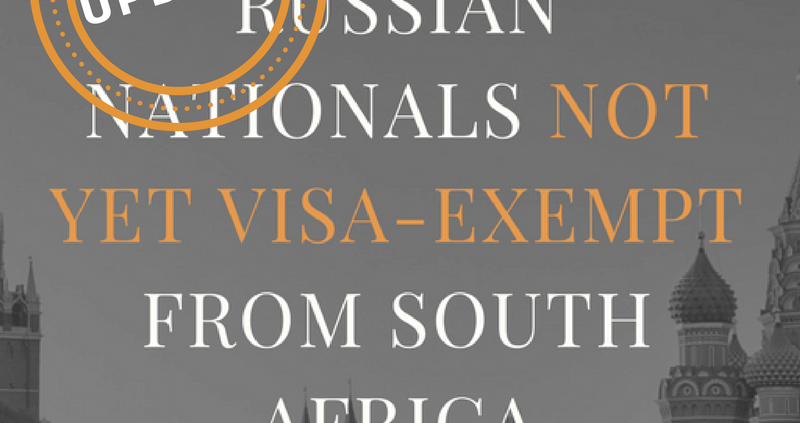 After several months of debating, The Department of Home Affairs and The Ministry of Foreign Affairs of the Russian Federation, have finally come to the conclusion of allowing South African- and Russian citizens to be visa-exempt when entering the respective country(ies).

The Ministry of Foreign Affairs of the Russian Federation stated that –

“Under the Protocol’s provisions, citizens of Russia and South Africa travelling without the intention of working, studying or living in the other country’s territory, are free from visa requirements.”

“South Africans don’t travel to countries to stay their indefinitely. We travel for visiting purposes and where we are travelling to stay for work, we travel through regular means. You don’t get many South Africans being deported back to South Africa,”

Thus, they believe that South Africans do not pose any risks and should be ‘afforded more convenient travel arrangements’.

The Department has also extended similar proposals to other countries including the EU.

Don’t get caught napping! Take advantage of the strong Rand