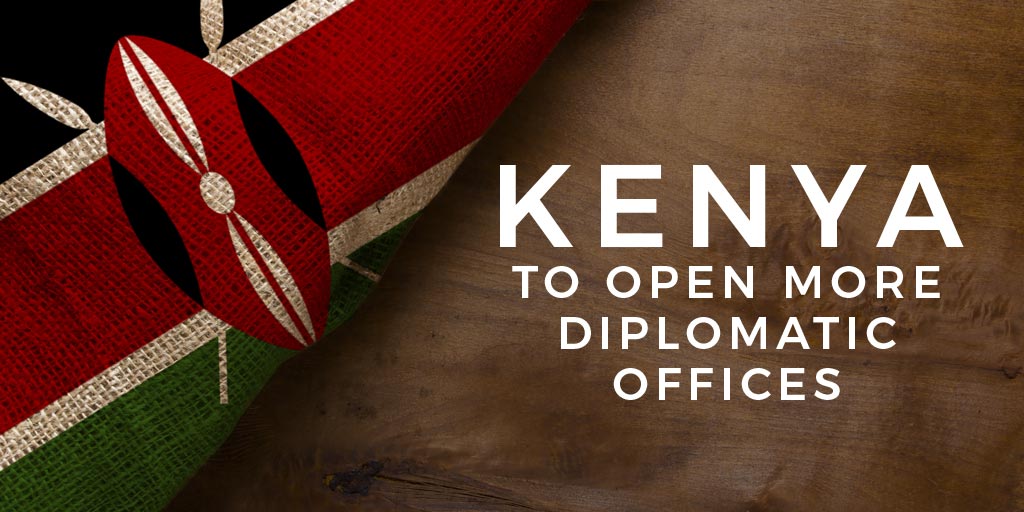 Dr Juma told the Saturday Nation that the expansion to west and northern Africa is part of Kenya’s Pan-African drive.

“We have not had the most optimal footprint in Africa. You cannot deepen any relationship if you do not have an imprint.

“Our policy is Pan-African as we believe Kenya is inextricably tied to the destiny of this continent,” Dr Juma said in her office.

In comparison, South Africa has 47 missions in Africa, with Nigeria and Ghana following a close second and third.

Outside Africa, Nairobi will open a resident mission in Jakarta, Indonesia and consulates in Mumbai (India) and Guangzhou and Shanghai (China).

Dr Juma said the stalemate with South Africa over visa rules is about to come to an end.

She said her Interior counterpart Fred Matiang’i, under whose ministry the Immigration Department falls, would fly to South Africa to finalise negotiations on visa regulations with the country’s Home Affairs minister Malusi Gigaba.

South Africa recently relaxed its stringent rules, allowing student visas to be given for the period of the study.

Previously, students were required to travel back home every time their documents expired.

In March, Pretoria announced that it would start issuing visas on arrival for travellers from selected countries, including Kenya.

Dr Juma said worries about Kenya’s proximity to Somalia and the integrity of the Kenyan passport and other documents have been addressed by relative peace in the region and the streamlining of the immigration department, including the introduction of the e-passport.

The minister defended Kenya’s decision to open its borders to citizens of African nations.

“We have come to realise that the opening of our borders does not lead to a flood of foreigners into the country as some people feared,” the minister told the Nation.

“We have not seen anything to indicate non-desirable movement to Kenya.”

ns, armed with only their identity cards, to “work, do business, own property, farm, and if you wish … marry and settle in Kenya”.

Ms Juma applauded the improved relationship between Eritrea and Ethiopia after decades of a state of war.

She said Kenya would work to promote business in the Horn of Africa.

In all, the minister said Kenya is taking a lead in international engagements, citing Mr Kenyatta’s invitation to the G7 for two years in a row, the adoption of the Continental Free Trade Agreement by 49 countries, peace and security and in governance, mentioning the March 9 handshake between the President and opposition leader Raila Odinga.