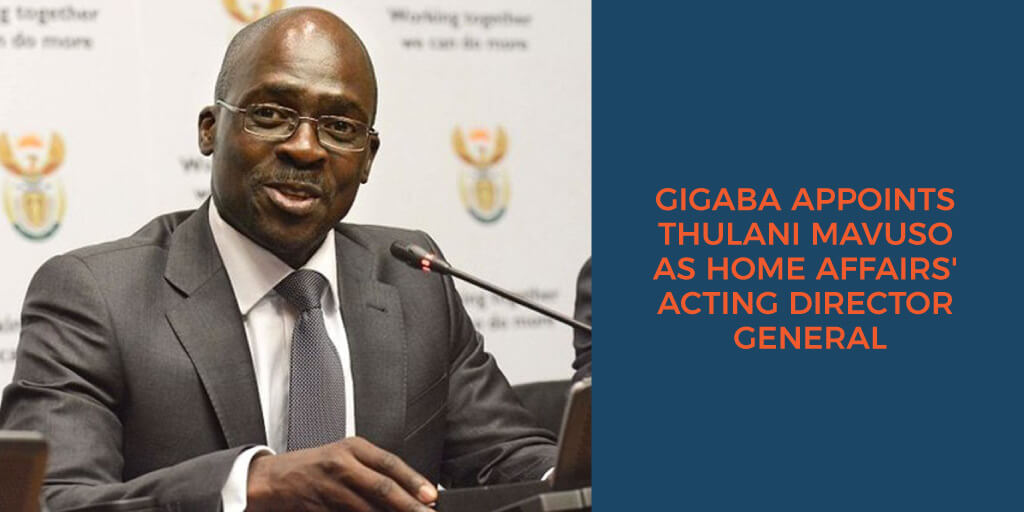 Home Affairs Minister Malusi Gigaba has announced the appointment of Thulani Mavuso as the acting director general of the department. He will start on August 1.

The Department of Home Affairs, in a statement released on Monday, said that Mavuso had vast experience in his field. He is currently employed as the deputy director general for institutional planning and support at Home Affairs.

He was also the acting deputy director general for information services.

The department confirmed that Apleni had started the handover process to Mavuso to “ensure a smooth transition pending his departure”.

Gigaba has appointed Nthumeni Nengovhela to take over as acting deputy director general for information services.

“While we will commence with the recruitment processes for the new director-general, we needed to put in place a strong team to continue to steer the department in the right direction as we seek to reimagine a new Home Affairs,” Gigaba said.