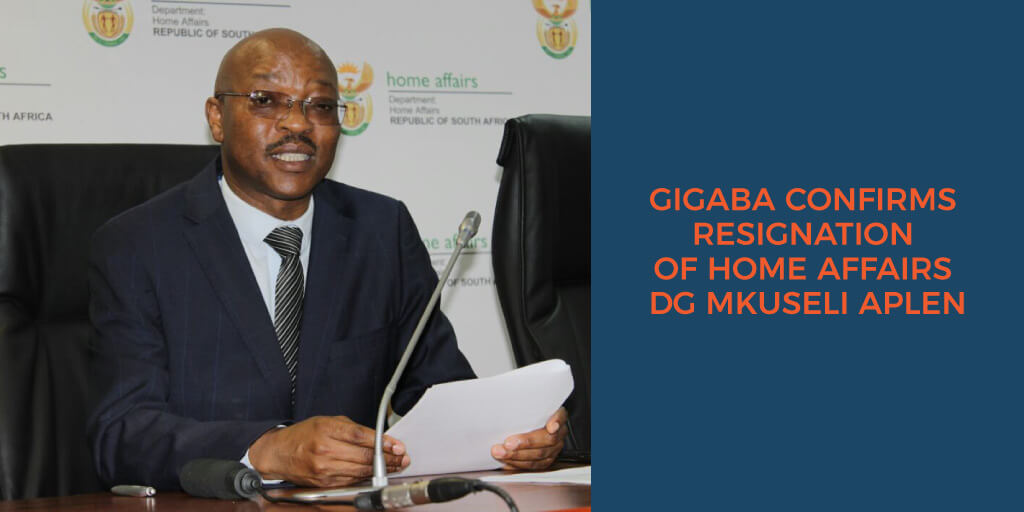 “I would like to announce officially that the director-general of the Department of Home Affairs, Mr Mkuseli Apleni, has tendered his resignation, effective end of July 2018, to pursue other career opportunities in the private sector,” Gigaba told the media at a briefing in Hatfield, Pretoria.

Apleni, who was appointed to the position in 2010, successfully challenged the suspension in the North Gauteng High Court in Pretoria.

Gigaba said on Monday they would announce an acting DG by next week, and was hoping a new DG would be appointed within the next three months.

“I have seen the department at its lowest and where it is now. I know what a diligent public servant he [Apleni] is. He has deep insight of…[the] work and branches of the department,” Gigaba said.

Apleni said at the briefing that he wanted to thank government for the opportunities he received.

“The [new] opportunity that was presented to me was in the private sector. I will be joining Discovery Banking.

“What is important for me is to look forward,” he said.