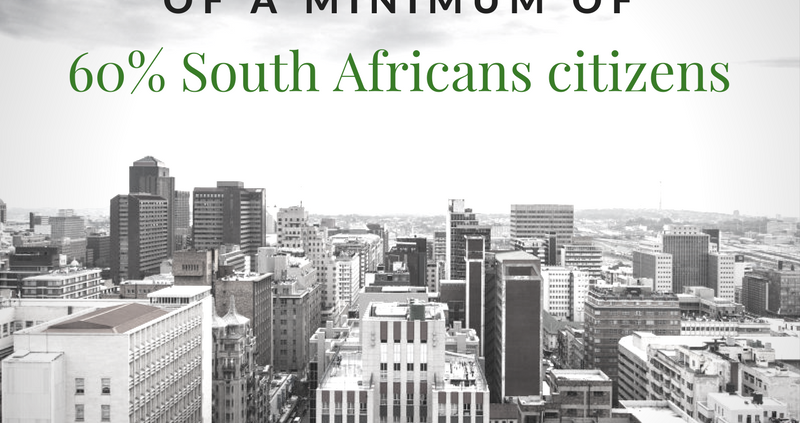 Cape Town – All businesses – not just those in the hospitality or construction sectors – were required to have a workforce of at least 60 percent South African citizens in their employ, Home Affairs Minister Malusi Gigaba has clarified.

Gigaba said his department was preparing for a “mass inspection” of businesses countrywide to ensure they complied.

“This has nothing to do with xenophobia, in fact xenophobic violence is what we want to prevent,” Gigaba said in an interview with the Cape Argus. “We must prioritise the employment of South Africans, and businesses across the board have to comply.”

Gigaba added: “The risk of not employing South Africans is that it endangers the lives of foreigners and the property of companies. If you look at the [xenophobic] violence that erupted in 2015, it started precisely because of a company at Isiphingo in Durban that employed non-South Africans, and South Africans attacked the company.”

He said the regulation was not new, but had been tightened to flush out companies that were flouting the law.

“What happened was that we changed a regulation, which in the past said that only a minimum of five South Africans needed to be employed by a company for it to obtain work visas.

“What companies have done was to hide behind all sorts of very insulting allegations such as South Africans are lazy, they are criminal, there are jobs that South Africans don’t want to take,” Gigaba said.

The minister also bemoaned what he called the “super exploitation” of foreign nationals.

“One of the reasons why some companies prefer foreign labour, particularly labour from our neighbouring countries, is because they get to reduce the wages, paying foreigners below the living wage that a South African would demand.”

Gigaba termed this as “another form of slave labour”.

“There is no country in the world whose immigration laws are meant for anybody else but for their own nationals. We would be the first country where we don’t put the national interest of our country and the interests of South Africans on top of immigration laws and policies.”

Gigaba added: “If you go to the United States of America or the European Union, their top priority is to employ the locals, that’s why those countries have almost zero percent unemployment.”

Gigaba said Home Affairs had already identified the first batch of companies to which which inspectors would be sent this week.

“We are going to be undertaking a massive inspection of a whole lot of companies, some of which we have been given information about,” the minister warned.

Non-compliant companies would be fined heavily and have their licences reviewed, while managers and owners could be jailed for up to two years if the department decided to take legal action against them, Gigaba said.

As published by Business Report http://www.iol.co.za/business-report