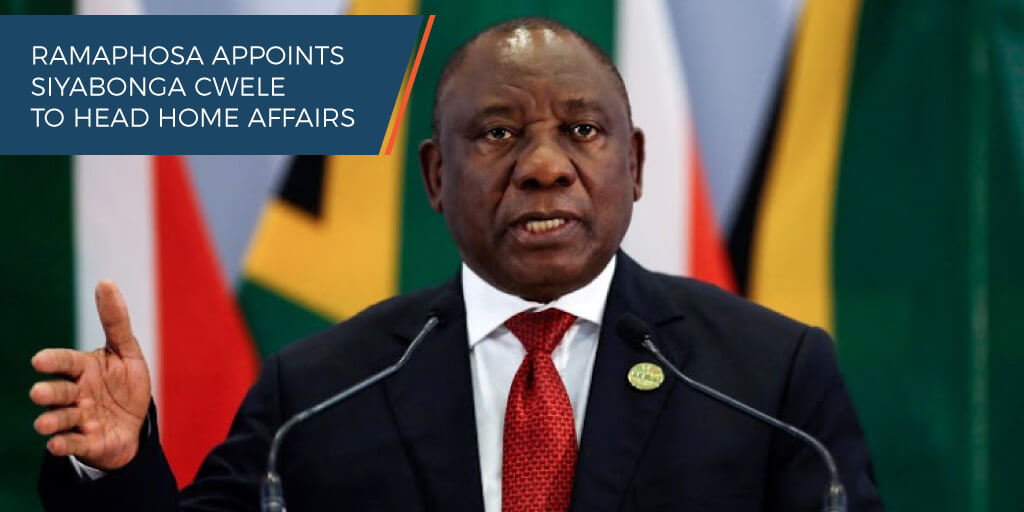 South African President Cyril Ramaphosa named Siyabonga Cwele as his home affairs minister, replacing Malusi Gigaba, who quit after he was found to have lied under oath in court. Siyabonga Cyprian Cwele was previous the Minister of Telecommunications and Postal Services and previously served as the Minister of State Security (formerly named Minister of Intelligence Services).