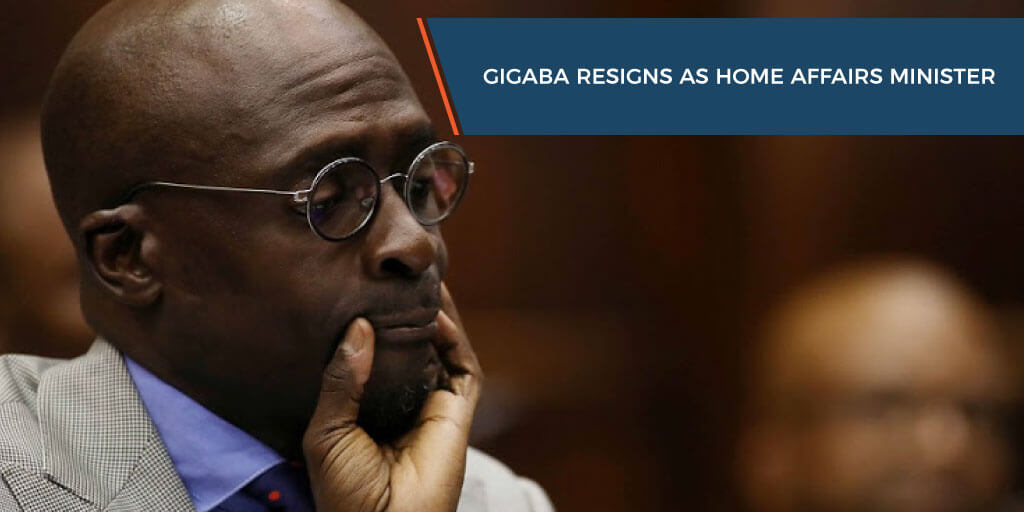 Eyewitness News has learnt that Home Affairs Minister Malusi Gigaba has resigned and has served his letter of resignation to the Presidency.

The Presidency has confirmed receiving the letter from the embattled minister.

EWN understands Gigaba wrote in a letter to President Cyril Ramaphosa that he has chosen to place the interests of the African National Congress and the country above his personal interests.

He says the battle he is facing is political in nature, which he shall continue to fight.

Gigaba is, however, cautious to note that his resignation is in no way an admission of guilt and he leaves the public service with a clear conscious, adding that he has done no wrong.

Gigaba’s personal spokesperson was unaware of this development when contacted by EWN for comment, however, the Presidency has confirmed receipt of his letter.

Presidency spokesperson Khusela Diko said: “[We received] A letter of resignation, effective tomorrow, from the Minister of Home Affairs Malusi Gigaba and in the interim Blade Nzimande, who is the minister of transport, has been appointed to act in his space.”

Diko says Ramaphosa has thanked Gigaba for his long-standing service and commitment to government and the people of the country.

Ramaphosa noted that Gigaba says he is stepping down for the sake of the country and the ANC.

The former minister says this will also relieve the president from undue pressure and allow him to focus on running the country.

Gigaba has faced a difficult few weeks – with pressure mounting from opposition parties on him to step down.

Two weeks ago the Constitutional Court rejected his application for leave to appeal a High Court ruling which that found he had lied under oath in the Fireblade Aviation matter.

On 31 October 2018, the Public Protector found that Gigaba violated the Constitution and the executive members’ ethics code when he lied under oath about allowing the Oppenheimers permission to operate a private terminal at OR Tambo International Airport.

Advocate Busisiwe Mkhwebane directed the president to discipline Gigaba for lying in court and that Gigaba also needed to account to Parliament.

A recent selfie video of the minister engaging in a private solo sex act – for which he apologised – has also added to his woes.