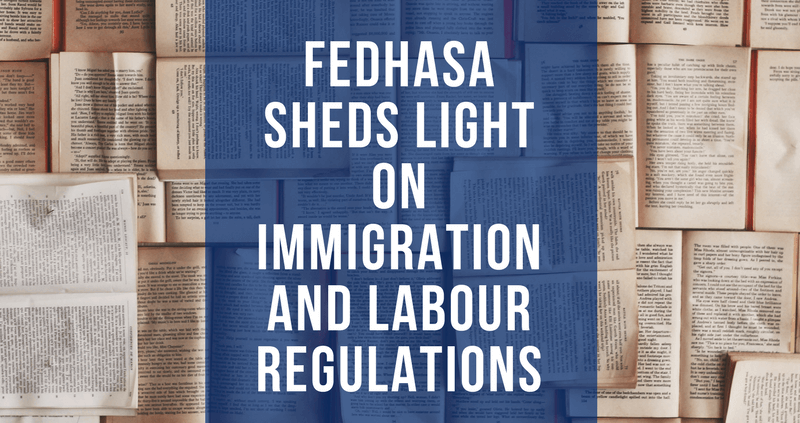 A recent media briefing, after a meeting between Malusi Gigaba, South Africa’s Minister of Home Affairs, and industry stakeholders including the Federated Hospitality Association of South Africa (FEDHASA) has raised some concerns in the hospitality and tourism industry.

There has been reference to a requirement for all businesses in the South Africa to employ a minimum of 60% South African citizens. However, this requirement, a provision in the Immigration Act and Regulations, only applies when a foreigner makes application to the Department of Home Affairs for a business visa with the intention of starting or investing in a business in the country.

One of the conditions attached to the business visa is that the applicant undertakes to employ not less than 60% South Africans including permanent residents within a period of 12 months from the date of issue of the visa. There is currently no provision in South African labour legislation that makes reference to the employment of a minimum of 60% South Africans.

The majority of FEDHASA members employ well over 60% of South Africans in their companies many of which are 100% South African employees. We always encourage FEDHASA members to abide by labour laws, and if they are hiring foreign employees, they must follow immigration regulation in terms of the quota system, rare skills, and obtain necessary documents from the DHA. We encourage our members to be good corporate citizens.

At the meeting, the Minister expressed concerns on behalf of citizens as to the issue of non-South Africans working in the industry, and this became a topic of conversation. FEDHASA’s response was that research is required to find out if this is simply a perception or the reality. We currently have no data available as to the ratio of South African citizens to permanent residents employed in the sector.

A further concern was raised about the perception that there is illegal employment of foreigners who are working without the correct entry permits or visas in the industry, especially when it comes to restaurants. “FEDHASA’s standpoint on this is absolutely clear,” says FEDHASA CEO, Tshifhiwa Tshivhengwa. “We expect that any hospitality establishment is well aware that they could face serious consequences if their employees do not have the proper authority to live and work lawfully in the country. Like all other businesses in South Africa, FEDHASA members are required to adhere to the labour laws of the country. FEDHASA welcomes the engagement with DHA and the Minister; we will work with the department to educate the hospitality industry on the immigration regulations.”

In South Africa, travel and tourism’s contribution to GDP in 2015 stood at R375.5bn (9.4%) and is forecast to rise by 3.7% pa to R555.1bn (10.6%) of GDP in 2026. FEDHASA is committed to working collaboratively with government and other stakeholders to ensure the country’s vital tourism and hospitality industry is fully compliant with South African labour laws and continues to be a key driver of economic growth.

As published by Bizcommunity http://www.bizcommunity.com