Skills development is becoming an increasingly pressing concern and an essential priority for South Africa business at all levels. Local unemployment rates continue to climb, with Statistics South Africa’s (Stats SA) Quarterly Labour Force Survey (QLFS) for the second quarter of 2019 stating that the number of unemployed persons increased by 455,000 to 6.7 million in Q2: 2019, compared to the first three months of the year.

The quarterly drop in total employment, said the report, was largely due to decreases in the following industries: manufacturing (-1.2 percent), business services (-0.6 percent), trade (-0.4 percent), construction (-1.5 percent) and electricity (-1.7 percent).

Of serious concern is the fact that 40,3 percent of the country’s youth, aged between 15 and 24 years (20.4 million individuals), are not in employment, education or training. In fact, President Cyril Ramaphosa dubbed this a ‘national crisis’ in his State of the Nation Address (SONA) earlier this year, saying that youth unemployment “demands urgent, innovative and coordinated solutions where all of us should see it as a requirement to work together”.

At the same time skills shortages are deepening, with a combination of retrenchments, baby boomers reaching retirement age (having a knock-on effect on mentorship measures) and an increase in emigration figures all contributing to the so-called ‘brain drain’. This has been keenly felt in the technology, engineering, finance and health sectors, with a particular demand for artisans to help deliver on South Africa’s Strategic Infrastructure Projects (SIPs), which include the building of roads, bridges, schools, harbours, power stations, and other social and economic infrastructure.

Back in 2017, government revealed that South Africa needed around 40,000 qualified artisans for time-sensitive projects. Recent research conducted by Xpatweb shows that this is still a challenge. The survey says that 14.15 percent of the respondents are still struggling to find skilled artisans, up 45 percent from last year.

In particular demand are bricklayers, electricians, millwrights, boilermakers, plumbers, mechanics (including automotive and diesel), carpenters and joiners, welders, riggers, as well as fitters and turners (including mechanical and pipe fitters).

It is clear that there is an urgent need for skills transfer and education at the artisan level, with an emphasis on fast, but high-quality technical training. This will not only play an important role in boosting the economy, but also create a positive turn-around in unemployment levels. 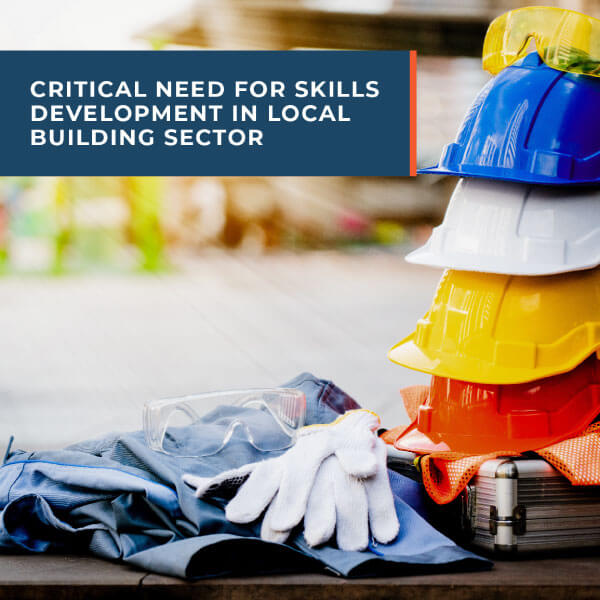