The disquiet over the “importation” of Cuban engineers by the government brings to the fore an important discussion on skills and unemployment in South Africa, and how we debate. Until now, many South Africans would have been under the impression that this country suffers a skills shortage, particularly in technical and specialised fields.

This is why some of us have been surprised by the response in both news media and social media to the announcement that the Department of Water and Sanitation had taken on board 24 Cuban engineers to help resolve the challenges faced by the water sector, as well as transfer skills. Most notable among the reports has been one carried by News24 under the headline, “Decision to bring in Cuban engineers to South Africa slammed”, quoting Consulting Engineers of South Africa (Cesa) and political voices such as the Democratic Alliance and Herman Mashaba.

The News24 article quotes Cesa CEO Christopher Campbell as saying, “It also begs the question why so little has been done to leverage our local expertise and grow our own future capacity over the last 20 years.” They also quoted Mashaba, leader of ActionSA, as saying, “SA has some of the best engineers in the world, who graduate from South African funded universities. Many… are sitting at home unemployed”. Mashaba further asserted that, “to import Cuban engineers, who qualified from lower-standard universities than our own world-class engineers, is criminal”.

The News24 article also quotes the Democratic Alliance’s spokesperson for water and sanitation, Leon Basson, who enquired as to whether “an audit was done on what critical skills are needed”.

AfriForum is quoted in the same article as saying, “South Africa has plenty of experienced, qualified engineers and specialists capable of assisting the department”. Indeed, AfriForum’s sister organisation on labour issues, Solidarity, announced that it had found 120 South African engineers “competent and willing” to assist the government.

In February 2021, the Department of Home Affairs published the new draft critical skills list. The list is widely regarded as important for businesses in South Africa that are looking to attract skilled workers, since it allows companies to attain approval to import critical skills. It hadn’t been published since 2014.

In an article published on 16 February 2021, the online publication, BusinessTech quotes Marisa Jacobs of Xpatweb, an organisation in the business of importing skills: “Government’s initiative to fine-tune our immigration system to make it easier for companies to attract the skilled people they need is admirable… We’ve already had record participation in this year’s survey, which indicates how important an issue this is”. In their Critical Skills Survey, Xpatweb found that occupations in the “engineering and ICT sectors remain most in demand”.

The Home Affairs list of critical skills is alarmingly long. And as it relates to the controversial government decision to import Cuban engineers, the list contained “engineering manager, civil engineer, hydrologist, industrial engineer, mechanical engineer, and quantity surveyor”. This list closely resembles the “2020 List of Occupations in High Demand: A Technical Report”, released by the Department of Higher Education working with the University of Cape Town’s Development Policy Research unit.

The Engineering Council of South Africa, which is the authority and regulatory body in this area, makes this assertion about South Africa’s skills situation: “The international benchmark of an average population per engineer shows that South Africa lags behind other developing countries. In South Africa, one engineer services 3,166, compared with Brazil’s 227 and Malaysia’s 543 per engineer. The discrepancy in the benchmark points to one thing: South Africa is severely underengineered.

“The shortage of engineering practitioners is evident in the number of competent engineers available for ongoing projects. It has also led to cases where work which requires input of competent engineers is carried without such input. However, this cannot be allowed to continue as all spheres of government are dependent on engineering services to address vital needs for South African communities.”

Why then is the decision to bring Cuban engineers into South Africa so controversial? Consider for example that in July 2020, the publication Engineering News reported that “a team of German technical experts was planned to come to South Africa to provide essential services to local German businesses and local entities, such as embattled Eskom”. The report said “the agreement is the result of close cooperation between International Relations and Cooperation Minister Naledi Pandor and Foreign Minister Heiko Maas”, and that South Africa would be receiving “engineers, technicians and other experts whose skills are urgently needed to help get the economy going and South African exports rolling again”.

Is it perhaps to do with the fact that many people agree with Mashaba’s view that the Cuban education system is inferior? Opinions from leading global bodies seem at odds with Mashaba’s understanding of the situation.

“Cuba invested heavily to make its education system world-class. By the 1980s and 1990s, the country’s educational disbursements as a ratio of gross domestic product were among the highest in the world,” the article notes.

The United Nations Educational, Scientific and Cultural Organization (Unesco) report, “Education for All 2000-2015” noted that “only Cuba reached global education goals in Latin America and the Caribbean”. In its Global Education Monitoring Report 2020 (commonly called the “World Education Report”), Unesco further recognised Cuba’s policies to guarantee inclusive and quality education. It further noted that, “… these results of the island are the result of the political will of the government to ensure education as a fundamental human right, despite the impact of the economic, trade and financial blockade imposed by the United States for six decades and its intensification by the current administration”.

Where then, did Mashaba get the notion that Cuba’s education is inferior, and why did News24 give him the platform to comment on issues of quality of education in Cuba? Mashaba’s beliefs and negative attitude towards foreigners is public knowledge. Why would his views in this regard receive this prominence without being checked?

Is it the view expressed by many on social media that, given the state of water resources in Cuba, their engineers cannot claim to know or teach anyone about water. It is indeed true that Cuba has been widely reported to be suffering water supply shortages. But there are two ways to think about this. We in South Africa accept, as has been reported internationally, that our health system is far too inadequate and crime is too high. Yet our health professionals are sought after internationally, as are our investigators, criminologists and jurists used as experts globally.

It is also accepted that among the reasons for the water issues in Cuba is the economic, trade and financial blockade imposed by the United States for six decades, which has complicated that country’s ability to modernise its infrastructure. And as The New York Times noted in its 15 February 2021 article titled, “An inside look at Cuba’s constant struggle for clean water”, “in recent years, infrastructure problems have been compounded by drought and rising temperatures”.

Perhaps a critical part of the discussion on skills and employment is the detail often overlooked as we rush through the various challenges we face, or the interests we hold inform our position in our issues on critical issues. This also perhaps speaks to the offer by Solidarity to avail 120 engineers who are “competent and willing”. The question must arise as to what are these engineering skills that are said to be available?

Responding to the Department of Home Affairs’ critical skills list, Millicent Kabwe, acting executive: strategic services at the Engineering Council of South Africa (Ecsa) points out that while the list is generally comprehensive, specialisations cannot be overlooked.

“Ecsa accreditation clearly states that professionals can only practice in their field of competence,” she says. “Civil engineers, for example, can specialise in roads, traffic and transportation, hydraulics, water and sanitation, structural or geological disciplines. Experts in one area are not considered competent in another.” We also have to consider that represented interests also can have the effect of distorting critical discussions.

In its statement, Cesa spoke of engineering skills in the private sector which were underutilised. Cesa represents engineers who are consultants and not those who are available for employment in municipalities and other government entities. It argues that consulting engineers have been underused by the government and that “employing highly skilled locally experienced engineers supported by unemployed graduates will provide a more sustainable solution”.

We also know that National Treasury has directed that government entities downscale the use of consultants and develop skills and competencies within the organisations.

We should always be circumspect and critical of government decisions. That is the duty of all citizens. But that is not the same thing as assuming poor motives or failing to critically assess the issues so that our engagement helps to build solutions rather than favour special interests.

Sumaya Hoosen, who serves as human capital and skills development executive at the Steel and Engineering Industries Federation of Southern Africa, says that the most important benefit of hiring foreign engineers needs to be in the development of local competence and expertise in these much-needed disciplines. Local companies have been hiring foreign engineers, so it’s not a new practice started by the Minister of Human Settlements, Water and Sanitation.

Jacobs of Xpatweb comments on the critical skills list from the Department of Employment and Labour, which helps companies to import engineers, and notes that, “companies actually prefer local engineers but need employees with the right experience. Hiring expatriates provides mentoring opportunities while meeting that condition”.

From everything that’s been reported in the news, skills transfer is one of the stated objectives of the government in the importing of Cuban engineers. 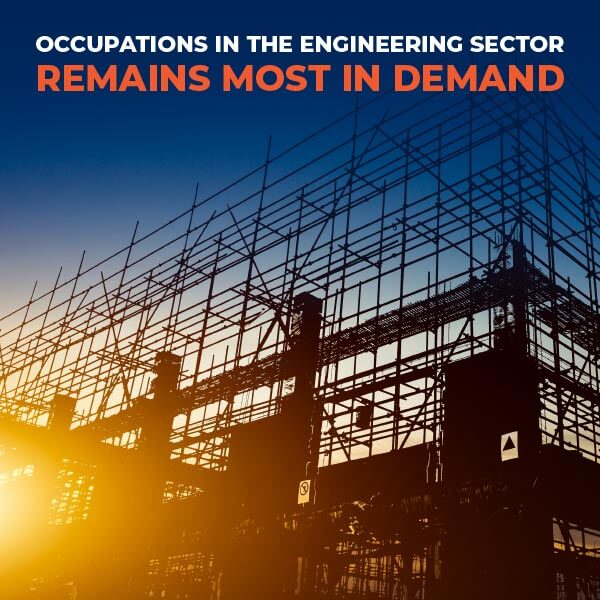