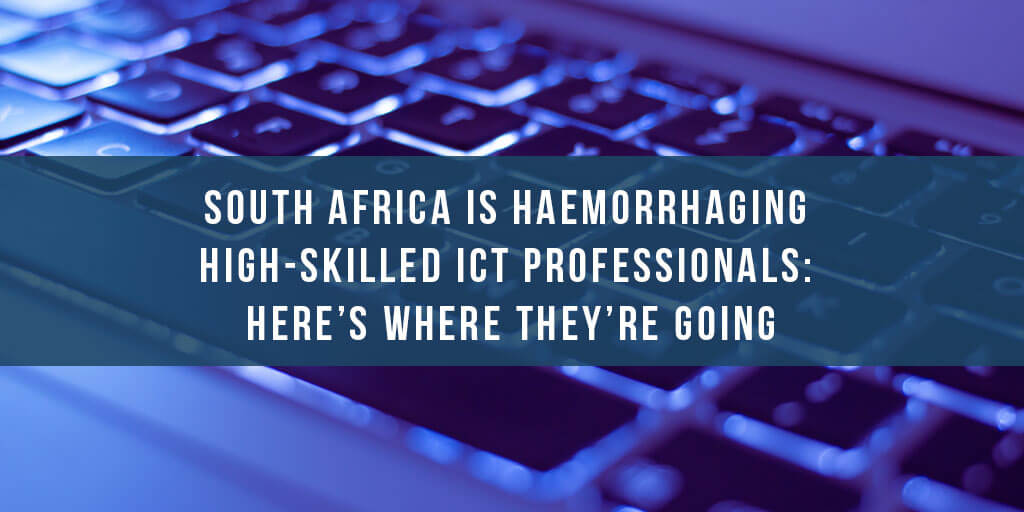 Le Roux said that technology solutions providers are increasingly getting squeezed by the fact that they are unable to source enough locals to grow their businesses.

The fact that fewer than 60% of all rare skills visa applications for highly skilled foreigners are approved by the home affairs department further complicates the issue, he said.

Many of these so-called foreigners were expatriates from elsewhere in Africa who had lived and studied in South Africa for many years.

Le Roux said the haemorrhaging of high-skilled professionals who are choosing to leave South Africa for ‘greener pastures’ abroad is significantly adding to the problem.

“Because we deal with these workers on a daily basis and have built our company to where we are now thanks to their skill-set, we are probably more aware of the impact of this brain drain than most other employers in South Africa.”

Le Roux added that, although accurate figures for where these chose to settle were not readily available, it was evident from staff losses incurred by his own company and from discussions with colleagues in the ICT sector that Australia was their first choice closely followed by the United Kingdom and the US.

“The main points of attraction for local professionals is that in most cases their qualifications are fully recognised in these countries.

“They are also able in many instances to double or even triple their salaries overnight – at rates that we mostly are not able to compete with.”

Le Roux said a major bugbear for technology companies was the fact that it was extremely difficult and tedious to secure rare skills work visas for foreign nationals and even for non-residents who had graduated from South African universities.

“It is an absolute fact that we have to pay the same salaries and provide the same benefits that these men and women would have received off-shore. This is great for the graduates but it puts additional strain on South African technology companies who are wholly reliant on these workers to maintain and grow their businesses.

“Start-ups especially are having a very hard time in attracting the calibre of tech experts they need to get their companies off the ground.”

Le Roux said that it should be a national priority to keep  young engineers, programmers, software architects, telecommunications professionals and artificial intelligence experts in South Africa to not only create wealth for themselves but to create jobs for millions of unemployed South Africans.

Department of Home Affairs clamping down on illegal immigrant employment