She emphasises that it is important to be reminded that skills are globally sourced for the economic benefit of those countries and South Africa has to compete for scarce skills.

Jacobs says that, when looking at the results in their entirety, it is evident that there is a continued lack of critically skilled individuals available in South Africa and key stakeholders need to address these problems collectively in an effort to reinvigorate the economy.

She explains that the OIHD alerts tertiary education institutes, professional bodies, employers and other stakeholders to occupations currently in short supply and for which there are indications that there will be relatively high employment growth in the present and future.

She notes that this allows these bodies to establish courses and internal skills development programmes to alleviate future shortfalls in business-critical competencies.

Jacobs informs that the list shows growth in industries such as media and marketing, information and communication technology (ICT) and healthcare.

The gazette also gave special mention to the organisations that were consulted in the process, including Xpatweb.

The Xpatweb Critical Skills Survey, now in its fifth year, comprises inputs from the DHET during the above consultation sessions, with the 2019/20 survey also more in-depth in that it unpacked feedback from the participants, notes Jacobs.

“There is a continued lack of critically skilled individuals available in South Africa and thanks to survey participants, which include large multinational and South African organisations, we are able to provide valuable inputs and guide the government’s Critical Skills List (CSL) shaping the decisions that will help local businesses reinvigorate the South African economy,” she acclaims.

Jacobs says the DHET is working alongside the DHA to update the existing national CSL, which was last updated in 2014.

The current CSL was established when the Immigration Act was amended in 2014 to replace the then Quota Work Permit with the new Critical Skills Work Visa. The list was developed in conjunction with the OIHD and the skills lists from DHET, explains Jacobs.

The main objective of the Critical Skills Work Visa is not only to provide South African employers the ability to recruit and attract skilled foreigner nationals for their organisations, but also to assist government in support of the national infrastructure programme, strategic infrastructure projects and key national strategic projects in support of the DTIC, she notes.

She mentions that candidates recruited for a critical skill can get their visas processed on average two to six months faster than those not represented on this list.

Jacobs mentions that Xpatweb’s research suggests areas that will present most opportunities include occupations in the growing oil and gas sector, ICT skills and science, technology, engineering and mathematics teachers.

“Our results further show that ICT specialists and engineers continue to be one of the most sought-after skills, with 19% and 21% of participants respectively indicating same. This is supported by the South African Institution of Civil Engineering, which stated in 2019 that South Africa continues to lose hundreds of engineers year on year who emigrate with their families. This “brain drain” continues to contribute to skills shortages in the engineering sector,” she indicates.

Moreover, and based on the company’s survey results, certain occupations have been re-included within the preliminary CSL that would have been omitted initially, for example, network analyst, quantity surveyor, actuary and nurse, notes Jacobs.

However, she notes that it is not yet confirmed if the aforementioned will be included in the new CSL, as it is at the discretion of the DHA.

The list is expected to be published in early 2021 and will incorporate occupations that have recently emerged following input received from the relevant stakeholders involved during the inter-departmental sessions.

Jacobs says with the impact the pandemic has had and the operational changes organisations are undergoing, it is anticipated that with the gazetting of the OIHD list the momentum will carry forward and the CSL looks to be on schedule for release early next year to support South African economic growth at this crucial time.

“There are thus active and ongoing engagements with regards to the new CSL, whereby a preliminary CSL report has already been introduced and it is currently undergoing internal engagements with the Home Affairs Minister.

“We are expected to received feedback from these discussions in due course, following which we look forward to the opportunity to again give input based on the latest Critical Skills Survey which is currently running and due to close in January,” she says. 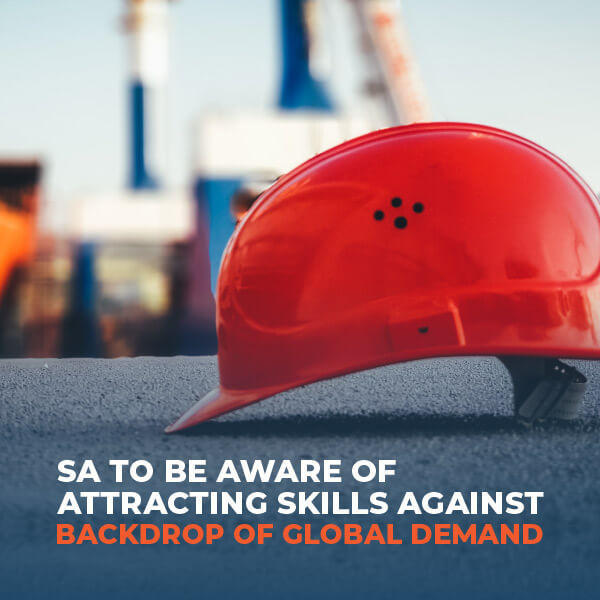