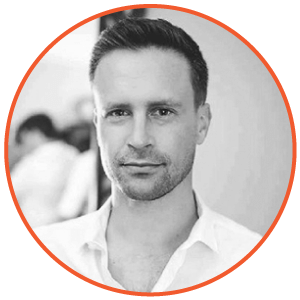 In 1995, the South African Qualifications Authority Act was passed into law and the very first authority was established to regulate qualifications. Later, in 2009, with the aim to reaffirm the necessity for a National Qualifications Framework and to further ensure that various elements of the education and training systems are more effectively comprised, the act was reviewed, resulting in a new act being gazetted.

Modernisation in the macro-environments of technology, politics and economy has necessitated the agility of professionals in the modern workplace. As such, a more efficient education system was required to produce creative, effective, and adaptable professionals, who are capable of working in the modern landscape.

The NQF acts to provide a path through which learners can easily understand the trajectory of their academic careers and would be more inclined to invest in the progression of the same. The theory is that having done so, the NQF would facilitate the improvement of functional and intellection capability in the job market.

The NQF, as it pertains to tertiary qualifications can be broken down below:

With these aspects in mind, the NQF is now the progression metric by which all qualifications are evaluated and certified on. Additionally, regarding foreign qualifications, SAQA makes comparison to South African qualifications, and awards a comparable NQF level for qualifications that would not ordinarily be awarded due to SAQA’s mandate.

However, an innate disparity has surfaced with the recommendation of these levels, when the draft list was being consulted on and formalised, – is now further seen in practice. The majority of categories on the 2022 Critical Skills List require an NQF 8 qualification which is, essentially, an honours Degree. The problem that lies in that designation is that an honours qualification is a uniquely South African post graduate qualification, that equates to a further year’s study, whereas the rest of the world uses the term as a classification of merit in a class system. What this means is that most applicants would surmise that they qualify for the category, however once evaluated by the South African Qualifications Authority, many come to the shocking realization that they only have a bachelor’s degree in South Africa.

Other questions that may arise are; at which NQF level are you deemed to be functionally competent in a specific profession? What role does experience play in the assessment of one’s competence, and shouldn’t more weight be given to experience instead of qualification? Or perhaps, should there be a way where an applicant of 20 years’ experience can supplement the Shortfall of a single NQF level?

With professional bodies attesting to the competence of an applicant within their experience in the industry, this requirement seems to have fallen by the wayside when considering applications for a Critical Skills Work Visa. Yes, it is still a requirement, but how relevant is it really when an application can simply be declined for a qualification not being at the ascribed level despite the fact that the applicant can be deemed capable in practice?

Expatriate professionals in various industries see these NQF requirements as a hindrance to the application process and have brought their concerns to the attention of the relevant professional bodies. Xpatweb is currently assisting these bodies in a collaborative effort to bring these concerns to the Department of Home Affairs for deliberation on a solution.

As with any release of a new Critical Skills List, these teething problems are always to be expected. However, more work has to be done to find a fair and reasonable solution to these problems and answer the question: “Are such designations in qualifications truly necessary?”

There Is A New Critical Skills List. Do I Still Qualify For Permanent Resid...