MORE THAN A BALANCING ACT: WHAT IS THE FUTURE LIKE FOR CFOS?

The changes that have been occurring in the professional world of work have meant that careers that were considered bankable about a decade ago are now slowly being rendered irrelevant by machines and artificial intelligence that can do the same job. The same goes for accountants.

Even World Economic Forum leader Till Leopold warned white-collar jobs would not be spared in the onslaught of jobs for skilled and educated people in the coming year, saying that 35% of the skills requirements for many existing professions will change in the near future.

This has implications for accountants on the African continent, according to the CEO of CFO Africa and CEO of the South African Institute for Business Accountants (SAIBA), Nicolaas van Wyk.

He told Fin24 that the impact of the fourth industrial revolution and tech are changing the world of work for accountants.

“Five years ago, more emphasis came upon CFOs and there was a lot is being made of the role of modern CFO. The role has moved from a purely finance function into the boardroom.

Van Wyk said 70% of JSE-listed company CFOs are accountants by study and profession, while the remaining 30% were led by corporate executives with broad skills and competencies. While chartered accountants are still present, they mostly serve to assist the CFO, van Wyk said.

“CFOs need to be more mobile and be able to work anywhere in the world. We set a benchmark to qualify a CFO and award the designation so that companies are assured of that person’s competence. It is all the more essential with the scandals in place surrounding the profession,” said Van Wyk.

He elaborated saying there might be corrupt politicians and state-owned entity (SOE) leaders, but most of the time they cannot act without an enabling CFO. He said CFO Africa and SAIBA have reached out to government to offer auditing and accounting capacity to its efforts in fighting corruption.

“We are making submissions to the Department of Public Enterprises. It is part of government’s efforts to clean things up and it is emanating from the Zondo Commission. Everyone is building up defences and we are doing it by bolstering the designation of CFO,” he said.

Independent labour analyst Andrew Levy said C-suite executives remained one of the most critical components to South Africa’s efforts when it came to drawing critical skills to help the economy recovery.

Xpatweb director Marisa Jacobs said the impact of Covid-19 on South Africa’s world of work would deepen the formal economy’s reliance of tech and the idea of virtual work.

“We only released the critical skills list after Covid-19, so it will be interesting to understand pre-Covid-19 versus post-Covid-19 world to see if there has been a dramatic shift, but we can see engineering remains in the top ten, which we weren’t expecting to see due to the impact on manufacturing. IT reliance is high because of the fourth industrial revolution and the high use of tech,” said Jacobs.

Van Wyk said the intimidation and murder of CFOs who have lost their lives in the fight against corruption in government departments and SOEs was also of serious concern.

“We have seen the State Capture Inquiry and it is a shame what so many people did to South Africa and the impact that it had on the poor. The pandemic is worldwide but there is global mismanagement.

“It is a small number of CFOs who are corrupt but many are in organisations where the culture cannot easily be shifted in a positive directed. For example, Markus Jooste didn’t act on his own. He had a CFO who facilitated things. We must strengthen the ethical role and technical knowledge,” said Van Wyk.

Van Wyk said he believed CFOs could assist SA at a strategic level as sovereign credit rating agencies have been giving downgrading South Africa, adding that CFOs we can improve the profession and the economic fortunes of the continent. 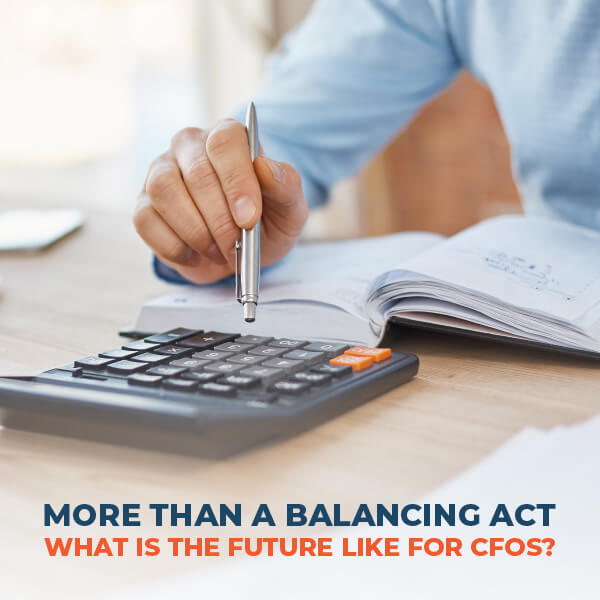