Xpatweb was honoured to host Mr. Ben Makhalemele as a key-note speaker at our Global Mobility Conference, which took place on 30th June 2022, at the Bryanston Country Club. 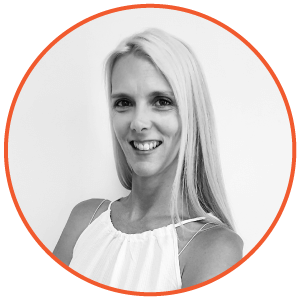 Mr. Makhalemele, the Deputy Director of Corporate Accounts at the Department of Home Affairs, provided much needed insight to the New Critical Skills list, along with a few other pressing issues.

Mr. Makhalemele started off his presentation by clarifying the DHA’s mandate with regards to Immigration in South Africa. He confirmed that their core mandate is to-

Mr. Makhalemele acknowledged that the department is well aware of the volume of foreigners who are residing in our country illegally, with either fraudulent paperwork or no status whatsoever. He implored all employers to ensure that all of their expatriate staff are in possession of legally obtained and issued work visas. He explained that the department is taking a “no-mercy” stance and cautioned all employers, that should they be found to have illegal expats, they will be fined and both the owner/CEO of the company as well as the Head of HR of the company, may face criminal charges and imprisonment. He explained that they are currently working their way through businesses and arresting both the illegal expats, as well as the relevant company representatives, he confirmed that he has personally been part of this operation recently.

He further explained that the road and processes that led to the new list, was not something that was done over-night. He detailed how they required input from all sectors of business, education, governing professional bodies, NEDLAC and the public, to ensure a comprehensive list which accurately represents the critical skills in South Africa, is presented. The sound and transparent methodology and research used to create the list, is a critical exercise required to assist the Minister of Home Affairs, he explained. He went on to detail that once they had received the necessary feedback, the list is then finalised by the Department of Higher Education and Training (DHET), which was presented to the Minister of Home Affairs for final sign-off and gazetting.

Mr. Makhalemele explained that DHET were responsible for both developing and applying the methodology used to prepare not only the draft list, but also the technical report that was released with the new list in February.

He provided that each occupation would need to meet the following criteria, in order to be included on the new list-

He further provided, that occupations that were excluded on the new list, did not meet the following criteria-

New occupations on the list, Changes to document requirements and legislation

Mr. Makhalemele explained how the methodology used, gave way to occupations that have been critical in our country for some time, but were not included on the previous list. These included, executive positions, STEM teachers and University Lecturers.

He further detailed the importance of meeting all documentation requirements by both the applicant and the employer, to ensure a positive outcome with a Critical Skills Work Visa application.

Details of the changes in the legislation and reasons for withdrawing of directives in relation to Permanent Residency for students and allowance of a 12-month work search visa, were provided.

This was of great interest, as Xpatweb have written a series of 12 articles touching on each of the above changes, post the release of the new list.

The audience at the mobility conference was comprised of leading professionals in the mobility and immigration industry. Mr. Makhalemele, graciously answered all questions posed to him which provided much need clarification.

When asked specifically about skills that are “known” to be critical but were not catered for on the new list, he explained that they were excluded because they did not meet the criteria he earlier described. He further explained that in some instances, they received no feedback from the industries or their professional body, which meant that the skills (although critical), could not be added on the list. He said that skills could not be put on the list if they did not meet all criteria, as this ensured a fair and transparent process.

The audience was captured by Mr. Makhalemele’s presentation which ignited many talking points amongst the attendees. Xpatweb is grateful to Mr. Makhalemele and the DHA, for providing us with his time and expertise, to speak at our conference.