The fact that responsibility for developing e-visas for the country has now been moved from the Department of Home Affairs to the Presidency, essentially means it will be getting a “higher focus”, according to Sisa Ntshona, CEO of SA Tourism.

In his State of the Nation Address (SONA) on Thursday evening, President Cyril Ramaphosa said work is under way with the relevant departments to reform the country’s visa and immigration regime, among other things, to grow the tourism sector.

“As international travel starts to recover in the wake of Covid-19, we will undertake a full rollout of e-visas to visitors from China, India, Nigeria, Kenya, and 10 other countries,” Ramaphosa announced.

“The challenge with the e-visa is not just to try to get it on the level other country’s already have. We need to even surpass that, because the visa regime in the world is going to change. The focus is now on health and the vaccine. Whatever e-visa we introduce, needs to be done quickly and address the needs of travellers, who do not want hassles. We have to be able to not only compete with other destinations in this regard, but outdo them,” said Nsthona.

The other important takeout for the tourism industry from this year’s SONA, in the view of Ntshona, is the importance of getting a vaccination programme rolled out in the country.

“Essentially, international travel to SA will only resume when people again have the confidence to travel, when they get the vaccine. Destinations with high levels of vaccination will have an advantage from a tourism point of view,” explained Ntshona.

“SA is lagging behind in this regard and we have some catch-up to do, otherwise we might be classified as a higher-risk destination due to not having a lot of vaccination.”

A third aspect from SONA which Ntshona regards as important for the tourism industry, is the president’s call for South Africans to buy locally.

“For the tourism industry we translate that into ‘travel locally’. We want people to support the tourism sector, not by giving aid but by doing trade. Those fantastic resorts previously out of reach for all of us, are now within reach as there is currently no international market,” he said.

“I am happy with what the president said in SONA. The issue is bigger than just tourism. It is about the economy and tourism is part of the country’s economic recovery plan. Our industry we will be able to contribute to the recovery process as obstacles are removed.”

Ramaphosa announced that the special Covid-19 Unemployment Insurance Fund Temporary Employer/Employee Relief Scheme (TERS) benefit will be extended until 15 March 2021, but only for those sectors that have not been able to operate. Specifics around which sectors would be included would be announced at a later stage.

According to Ntshona, the tourism industry should fall within the TERS relief announced by Ramaphosa, because of the impact of the pandemic on the tourism industry. Many businesses have not been able to open or open fully yet, meaning there are still many employees not able to work.

The TERS relief benefit was introduced in March 2020 to allow businesses to continue paying salaries while their doors were closed during the lockdown.

Tshifhiwa Tshivhengwa, CEO of the Tourism Business Council of SA (TBCSA), which represents the private sector, agrees that the vaccination programme is a key factor for the tourism industry in order to bring a level of trust in SA as a destination among international travellers.

Regarding the e-visa announcement, Tshivhengwa says it was already mentioned in SONA 2019.

“Two years down the line we should have been ready with it by now. We were told pilot programmes were done, but that is not sufficient and up to now it has been talk only. We should get e-visas done as part of the tourism recovery. We are already behind what the rest of the world is doing. E-visas should be prioritised, and the process moved faster,” he said.

“If we still think we can stick with the e-visa technology spoken of two years ago, then we are behind. We must look at what the world is looking for and how to synchronise the vaccine in the visa system.”

As for the TERS announcement, Tshivhengwa says the TBCSA has been advocating for this through Nedlac and is happy that Ramaphosa acknowledged how much the tourism industry has been affected by the pandemic.

“Tourism operations were hampered by the liquor bans and curfews. These also impacted the conference industry on top of the impact of restrictions on numbers of people allowed.”

In the view of Tshivhengwa, the speed of the overhaul of the Government Guarantee Loan Scheme needs to be increased.

“When tourism businesses are considered for the scheme, they should be looked at differently as tourism recovery is not going to be in the short term, but rather over the medium to long term. We need certain rules to apply to our industry when tourism industries apply for these loans,” he said.

Enver Duminy, CEO of Cape Town Tourism, was thrilled to hear about the extension of TERS payments.

“We wait to hear about the conditions of this extension and the sectors to be included, but we sincerely hope that tourism will be part of it. It is no secret that tourism businesses have suffered greatly during this last year and this will come as a relief to many,” he said.

“We also welcome the announcement about the plans to reform the visa and immigration policies. Ease of travel to our country will be of massive importance as we try to rebuild our once thriving tourism industry over the next few months and years.”

He too points out that South Africa will be heavily reliant on a strong vaccination programme.

“Our once thriving tourism industry has practically been decimated as a result of Covid-19 and the very strict lockdown regulations that have come into play over the last year. We desperately need more support from government to ensure that the industry survives. Feedback from our member businesses is very sobering at this point, with many of them indicating that the adjusted lockdown Level 3 regulations have really taken a toll on any form of recovery.” 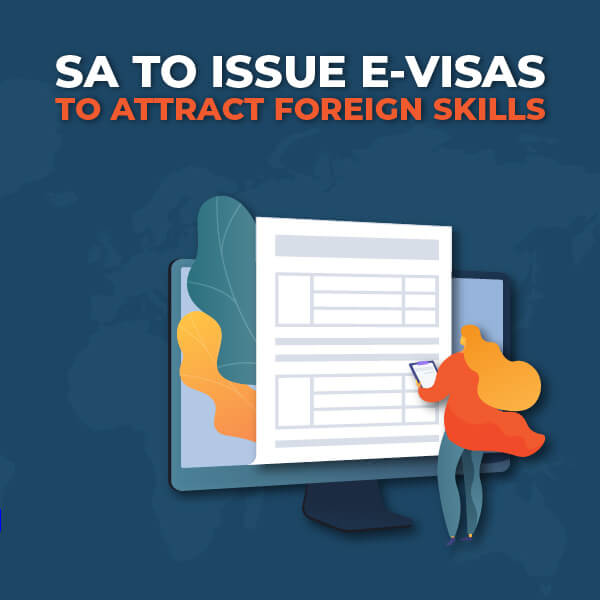