Permanent Residency Permit (“PRP”) applications for South Africa have been on hold since March 2020, when the President declared the country to be in a national state of disaster. When the Department of Home Affairs (“DHA”) was forced to down tools, PRP applications quickly began piling up. 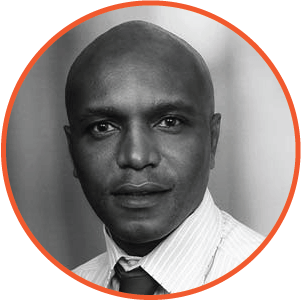 Foreign nationals hoping to settle in the country more permanently were shocked by the delays because it prevented them from being able to open bank accounts or renew car licenses amongst other things. In fear that they would not be allowed back into South Africa, they were also reluctant to leave the country.  Business owners who were waiting for their permanent residency permit to be approved, found themselves stuck in limbo. They were obligated to continue with their trade and to provide for themselves while being unsure about what the future would hold for them.

Before long, the DHA was compelled to begin processing PRPs due to a backlog of thousands of applicants. In June 2021, they announced that applications would resume from 1 January 2022. However, nearly two years after the onset of the pandemic, the discovery of the mutated Omicron variant, could see the state of disaster being extended well into the new year, leaving those who dream of becoming permanent residents possibly perturbed. The DHA has yet to confirm whether they would continue with their plans to tackle the backlog in the new year.

The DHA advised that, from past information, the predominant applicant for permanent residency are dependents, like spouses or life partners. There are, however, numerous cases where the primary applicants were migrants who have been working in South Africa for more than five years or experienced foreign nationals who qualified for a PRP based on their critical skills.

This means that, with the release of the revised Critical Skills List (“CSL”) looming, and the draft CSL having been handed over to the DHA for consideration, they consulted with various government departments, including the Departments of Health, Tourism, Public Enterprises and NEDLAC for additional input. Thousands of skilled foreign nationals are now hoping that their vocation will be listed as in-demand in South Africa so that they can commence a career path in the country.

The immigration regulatory framework has been a topic of concern for a long time. The DHA is notoriously understaffed and wrestles with an archaic IT system, which makes the PRP and visa processes treacherously slow. In response to this concern, the DHA assured applicants that it was working to reduce processing times.

In the Economic Reconstruction and Recovery Plan, the government mentioned that they aimed to approve the recently reviewed lists of critical skills, occupations in high demand and priority occupations to enable highly skilled individuals to be speedily recruited. The DHA further undertook to expedite permanent residency applications of individuals who are in possession of these critical skills.

On 30 November, the DHA briefed parliament on their progress and was applauded for its efforts in modernizing its digital infrastructure through new technologies. They have been working on an automated biometric identification system, an e-visas system, Smart ID cards, not to mention piloting a new appointment booking system and a process to validate digital vaccination cards.

The DHA has taken strides towards improving service delivery for 2022. Come January, skilled foreign nationals, investors, or entrepreneurs who wish to apply for permanent residency or hopes to appeal a negative decision on their PRP application, should brace themselves for a smarter, swifter, Home Affairs experience. They should also consult an immigration specialist to ensure their documentation and motivation letters are prepared and in order when applications commence.