IMMIGRATION DIRECTIVE FOR SPOUSES AND CHILDREN

In June 2019, the Constitutional Court of South Africa delivered a ground-breaking judgement which allows foreign spouses and children of South African citizens and Permanent Residency holders to change status of their visa conditions in South Africa with immediate effect.

Prior to this, foreign spouses and children were not allowed to change status from an entry/holiday visa to a long term visa from within South Africa and as such were required to return to their home countries and submit the applications at their nearest South African mission. The missions would further retain the applicant’s passport which therefore made it impossible for them to travel to South Africa whilst awaiting their visas.

This process created a significant burden as families were being separated and sometimes for long periods of time. The Constitutional Court of South Africa has recognised this problem and measures have now been put in place to allow foreign families to submit their Temporary Residence visa applications and remain in South Africa whilst awaiting the outcome.

Going forward, this judgement will ease the visa process for families of South Africa citizens and Permanent Residency holders who will be able to reside in South Africa and continue with their day to day activities whilst awaiting their Temporary Residency visas.

Shortly after the judgement was delivered, the Department of Home Affairs in South Africa released an official Immigration Directive confirming these changes and advising all South African missions abroad to adhere accordingly.

For further information regarding the process for spousal or dependant visas, please do not hesitate to contact us for a consultation. 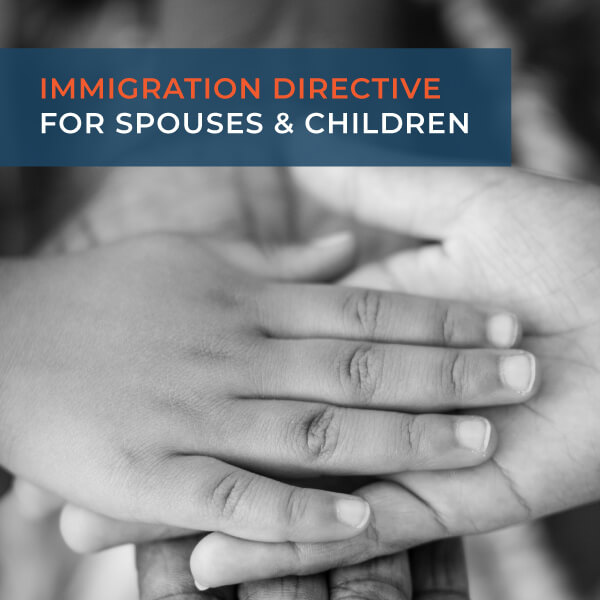